What are Absolute Values? 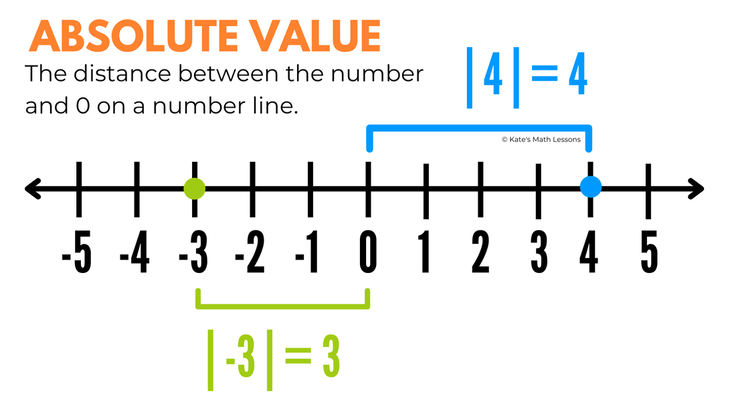 Remember, distance is never negative.  Would you ever tell someone you live -2 miles away?  Of course not!  When we measure distance, it's always positive or 0.  This means the absolute value of a number will never be negative.

How to Find Absolute Value 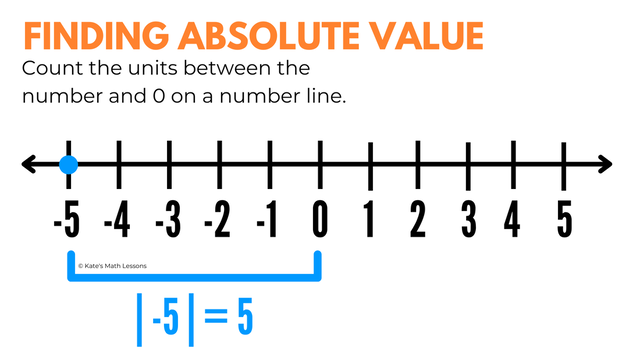 The more you do this, you'll hopefully start to see a pattern.  Do you see the shortcut to finding absolute value?  Can you find the absolute value of -62 without drawing a number line?

Here are a few more examples to help you understand absolute values. 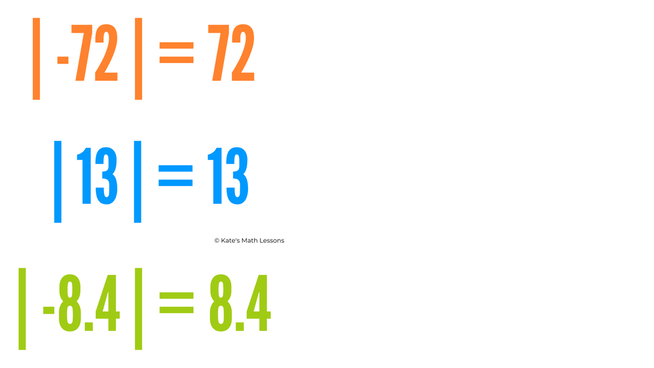 Remember, absolute value is just the distance from 0 on a number line.  Imagine a number line and think about how far that number is from 0.  Distance is never negative, so make sure you never give a negative answer for the absolute value of a number. 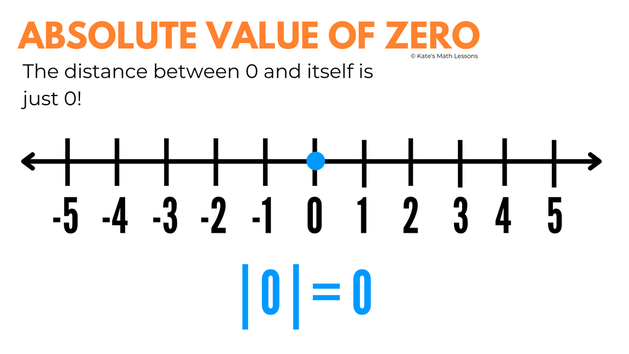 What is the Opposite of a Number? 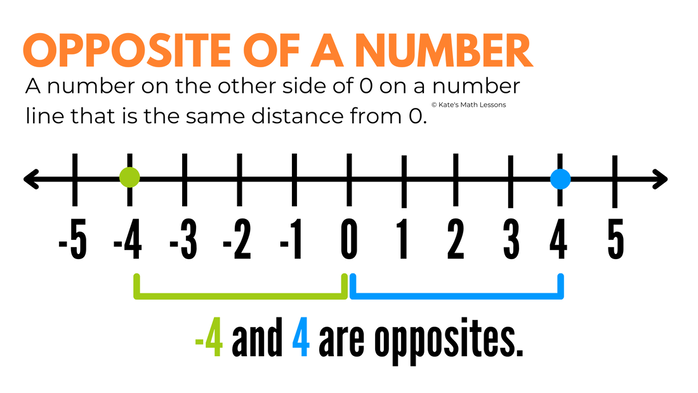 Opposite of a Number Examples 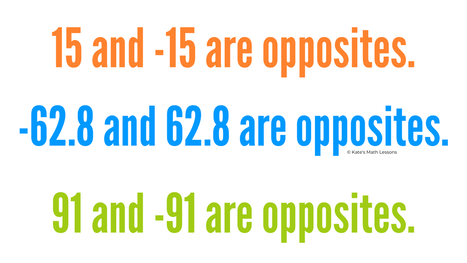 Are Opposites and Absolute Value the Same Thing?

This is another question that I commonly get from students.  The answer is no, absolute value and opposites do not mean the same thing.

Negative Signs In Front of an Absolute Value

Now that we've looked at absolute values and opposites of numbers, let's talk about problems that are a little trickier: when there's a minus sign in front of the absolute value bars.

This looks much worse than it is.  One way to think about this is that it's really the same thing as a -1 being multiplied by the absolute value of -4.

With this type of problem, you find the absolute value of -4 first, and then multiply that number by -1.

Another way to think about this kind of problem is that the negative sign out front is telling you to find the opposite of the absolute value of -4.

Here are a few more examples with negative signs in front of absolute value bars: 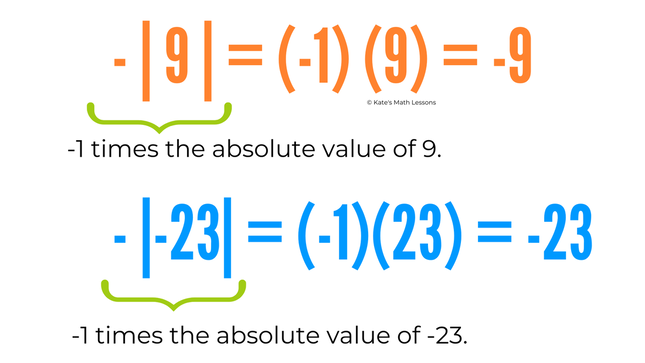 With these types of problems, you'll want to simplify expressions with absolute value signs first and then compare the two numbers.   In this example |-5| = 5 so you're really comparing 5 and 3.  Which one is larger?  5.   So you could circle the |-5| as your answer.

If you needed to write an inequality to compare them, you could use the greater than sign > and write |-5| > 3.

Let's look at a second example. 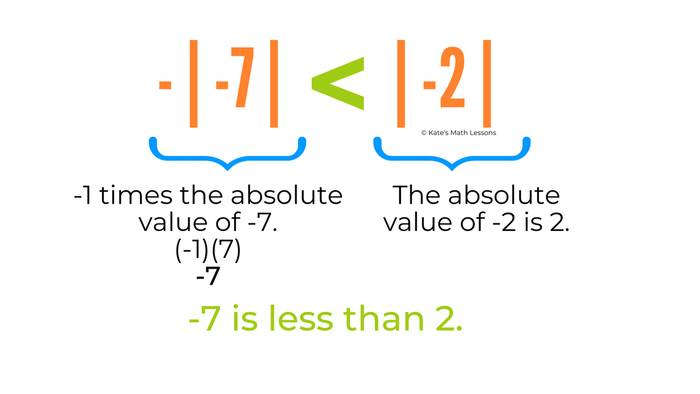 There's a fun game you can play to help you practice finding absolute values!  It's very similar to the game War, but with black cards representing positive numbers and red cards representing negative numbers.  Take out all the face cards and jokers and divide the deck between two people.
1) Each player lays down one card at a time.
2) Find the absolute value of each card.  The player with the highest absolute value wins that round and takes both cards.
3) Continue until all cards have been played.  The player with the most cards wins!

​It can be fun to play with these oversized decks of cards (affiliate link) or use this digital random card generator to play virtually.

Here's an image you can pin to save this absolute value and opposites lesson for later: 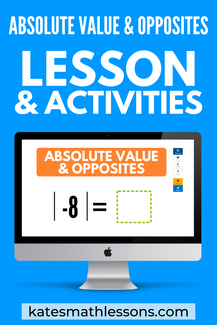